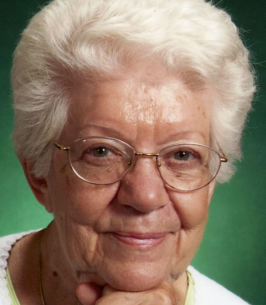 Shirley A. (Miller) Allen, formerly of Concord, NC, passed away Thursday, July 14, 2022 after a brief illness at the age of 92. Born in Geneva, NY, Shirley was the daughter of the late Clarence and Mabel (Huntley) Miller.

Shirley resided in North Syracuse for many years. She retired in 1980 after 20 years as a bank teller at Marine Midland Bank. Shirley was a member of the Plank Road Quilt Guild, the Rose Hill Home Bureau, and the Quilt Group at Luther Memorial Church where she was a parishioner. Shirley also participated in Luther Memorial’s Altar Guild, served as their Treasurer for 25 years and as a communion assistant.

Contributions in Shirley’s memory may be made to the Metrolina Association for the Blind, 704 Louise Ave., Charlotte, NC 28204.

Friends may call on Friday from 11 am - 12 pm at Krueger Funeral Home, 2619 Brewerton Rd., Mattydale, with a Funeral Service following at 12:00 pm. Burial will be in Woodlawn Cemetery, Syracuse.
To order memorial trees or send flowers to the family in memory of Shirley A. Allen, please visit our flower store.