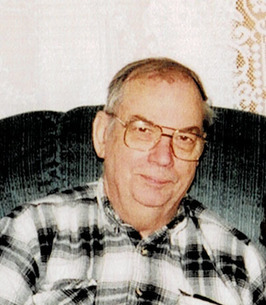 Robert “Bob” J. Harrison, 81, of Hathaway Rd. Dewitt, passed away Friday, at his home. Born at West Point to the late William and Anna Harrison, he grew up in Windsor, NY and resided in Dewitt for the past 49 years. Bob graduated from Central Tech High School in 1957. Upon graduation he worked for the New York Central Railroad for 19 years as an electrician. After that he worked for New Process Gear until his retirement in 2006.
Bob was a life long “Old Time” HAM radio Operator under the call sigh K2ICQ and W2ICQ and was a member of RAGS Radio Amateurs of Greater Syracuse. Bob also proposed marriage to his bride Beverly over their HAM radios.

Bob also had a passion for the restoration of old trains including the 808 Chelsey from the Lackawanna Railroad which still remain on display at the NYS Fairgrounds. He was a communicant of Holy Cross Catholic Church for many years.

Bob is survived by his beloved wife of 55 years the former Beverly DeBaise, his three children: George and Stephen Harrison of both of Dewitt and Tina Marie (Christopher) Johnson of Minoa as well as his two grandsons Justin and Jerrett.


To order memorial trees or send flowers to the family in memory of Robert John "Bob" Harrison, please visit our flower store.