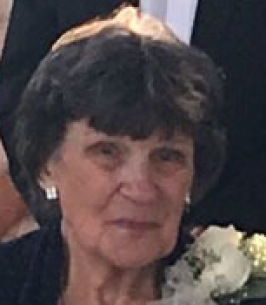 Dorothy G. Spinella, 92, formerly of 215A Garden City Drive in Mattydale, passed away with her sister, Viola, singing lullabies to her on Monday, May 16th at St. Joseph’s Hospital. Dorothy was a lifelong resident of Mattydale and attended North Syracuse High School with the Class of 1947. She was the daughter of the late Edward and May Catherine (Geiersbach) Van Alstine.

Dorothy worked as a sales clerk for Two Guys Department Store and for Ponderosa Steak House for several years. Her life’s focus was her children, her family and later her grandchildren. She treasured every minute of time spent with her family and knew how to make everyone feel special. Dorothy enjoyed her friends and family, loved caring for the birds and other wildlife, and sewing for her family. She could craft something out of nothing. She and her late husband enjoyed ballroom dancing and visiting the family cottage in Westport, Ontario Canada.

Dorothy was predeceased by her husband of 53 years, Philip J. Spinella in 2005, their infant twins, Dorothy and Philip in 1957, and by a great granddaughter, Harper Lane Conner. She was also predeceased by her siblings: Edward Van Alstine, Helen Swan, Eileen Killoran, and Delores Walker.

Friends may call on Saturday from 4:00 pm - 7:00 pm at Krueger Funeral Home, 2619 Brewerton Rd., Mattydale. Funeral Services will follow at 7:00 pm. Burial will be in North Syracuse Cemetery.


To order memorial trees or send flowers to the family in memory of Dorothy G. Spinella, please visit our flower store.