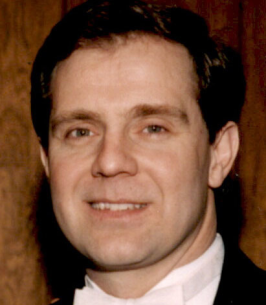 Daniel W. Tiff, 63, of Liverpool, passed away Sunday, July 10th at Strong Memorial Hospital in Rochester. One of 10 children born to the late Ralph and Erma (Blye) Tiff, Daniel grew up on the North side of Syracuse. He was a 1977 graduate of Fowler High School and received his education for HVAC from OCM BOCES.

Daniel was a lead engineer for Laboratory Alliance of CNY in Syracuse since 2010. Previously, he worked at Air Tech for 10 years. Daniel played softball for the City league each summer for his entire adult life all over Syracuse many times for Roman’s Tavern. He was one of the best outfielders in the city and won several championships with his team. He enjoyed fishing, gardening, and hanging out with his dog, Sully.

Daniel was predeceased by his siblings, Diana Arnold, John Tiff, and Ralph Tiff Jr., and by his godson, Matthew Town.

Surviving is his wife of 25 years, the former Linda (Cornacchione); his son, Brett Tiff and a step-daughter, Erica Alden, both of Liverpool; six sisters, Andrea Evingham, Kathleen Lucas, Lorraine Clark, Karen Houser, Bonnie Rizzo, and Wendie Sutton; and by many nieces and nephews.

Donations in Daniel’s memory may be made to The Leukemia & Lymphoma Society of CNY, 4043 Maple Road, Suite 105, Amherst, NY 14226 or to the American Cancer Society Hope Lodge of Rochester, 1120 Goodman Street South, Rochester, NY 14620.


To order memorial trees or send flowers to the family in memory of Daniel W. Tiff, please visit our flower store.