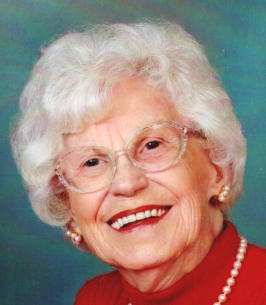 Anna L. Wilsey, 97, formerly of South Central Ave. in Minoa, passed away Thursday, November 4th at Onondaga Center Rehabilitation and Nursing Home in Minoa. Anna grew up in Indiana before relocating to Minoa in 1951. She worked as a home health aide in the Syracuse area for 10 years before retiring. She was a member of the Golden Age Club in Minoa and attended Minoa Methodist Church.

Anna was predeceased by her parents, Herbert and Nellie (Scott) Elliott, her son, Charles "Butch" Elliott, and by a granddaughter, Heather Bulla.

Services will be private and at the convenience of the family.

To order memorial trees or send flowers to the family in memory of Anna L. Wilsey, please visit our flower store.