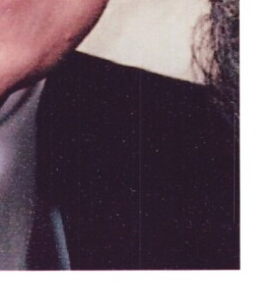 Anthony “Tony” W. Bamonte, 91, longtime resident of Mattydale, passed away Thursday, June 13th at Loretto Skilled Nursing in Syracuse. Born in Jersey Shore, PA, Anthony was the last surviving child of 12 born to the late Antonio and Anna (Vessa) Bamonte. He was a 1945 graduate of Jersey Shore High School and then enlisted in the US Army Air Force serving during World War II.

Tony worked for Avis Car Service in PA and New York Central upon his move to Syracuse in 1955. He later worked as a machinist and inspector for Carrier Corp before retiring in 1989 as a foreman. He enjoyed gardening, reading and was a model train enthusiast. Tony was a communicant of St. Margaret’s Church in Mattydale.

Tony’s family would like to extend a very big and heartfelt thank you to so many friends, neighbors and the staff at Loretto for the help, support and kindness shown to them during their time of need.

Friends may call on Monday from 4:00 - 7:00 pm at Krueger Funeral Home, 2619 Brewerton Rd., Mattydale with a Rosary Service following at 7:00 pm. Prayer Services will begin Tuesday morning, 9:30 am at the funeral home with a 10:00 am Mass of Christian Burial at St. Margaret’s Church. Entombment will be in St. Mary’s Mausoleum, Dewitt.

To order memorial trees or send flowers to the family in memory of Anthony W. "Tony" Bamonte, please visit our flower store.