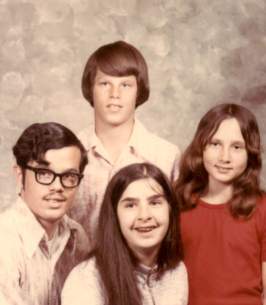 Cathy worked at Immediate Mailing Services in Liverpool for several years as a custodian. She enjoyed reading and spending time at the library, scrapbooking, and collecting dolls. Cathy learned to speak French and German and liked listening to music. She was very active and walked regularly whenever she could.

Surviving are her siblings: John Beck of California, David (Tammy) Beck of Punta Gorda, Florida, Terry Beck of Mattydale, and Cindy (Eddie) Ryan of Clay; many nieces and nephews and great nieces and great nephews including Rebecca (Robert) Kohler of Solvay.

Friends may call on Monday from 5:00 -7:00 pm, at Krueger Funeral Home, Mattydale.
To order memorial trees or send flowers to the family in memory of Cathy Jean Beck, please visit our flower store.