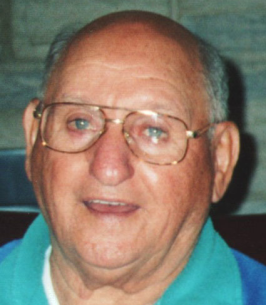 William “Bill” O. Bisignani, 94, of North Syracuse, passed away peacefully Thursday, December 19th with his loving family by his side. Bill was born and raised in Scranton, PA, the son of the late Adam and Anne (Cimino) Bisignani. He resided in Bridgeport, CT, before moving to Syracuse in the 1950’s. Bill resided on the North side as well as in the North Syracuse area.

Bill was a US Army veteran of World War II where he drove tanks mostly in Germany during the Battle of the Bulge. He retired in 1989 after 45 years as a welder for General Motors Fisher Body Division in Syracuse. Bill was a member of the UAW Local #854 and a member of the Vendetti Italian American Veterans Club in Syracuse. He was an avid golfer with four hole-in-ones to his credit and touted that he once golfed 54 holes in three states in a single day. Bill played at various courses throughout the area including Hickory Hills with the GM League. He was also a published author of a collection of poems titled “The Poetry Man.” Bill was a huge NY Yankees fan and a parishioner of St. Daniel’s Church in Lyncourt.

Bill was predeceased by his wife, Muriel Lawrence Bisignani in 2013 and by a daughter, Nancy B. Lawrence in 1997.

Friends may call on Sunday from 1:00-4:00 pm at Krueger Funeral Home, 2619 Brewerton Rd., Mattydale. Prayer Services will be held on Monday, 8:15 am, at the funeral home followed by a 9:00 am Mass at St. Daniel’s Church. Burial will be in Assumption Cemetery, Syracuse.

To order memorial trees or send flowers to the family in memory of William O. "Bill" Bisignani, please visit our flower store.