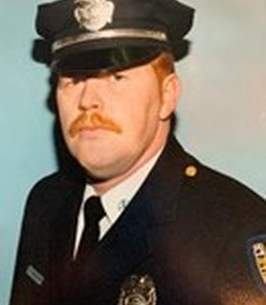 He served in the U.S. Navy aboard the USS Guam (LPH-9), receiving an honorable discharge. He served the community as member of the North Syracuse Fire Department, NAVAC Ambulance, Onondaga County Sheriffs' Department aviation unit, and the police officer for the City of Syracuse, earning the Medal of Valor. Following his retirement from the police department, Mike was Airport Security Coordinator at Syracuse Hancock International Airport. Mike was a Fire Commissioner for the Tully Fire District.

He is survived by his lifetime companion of 35 years, Marley Barduhn of Tully, two daughters, Hope Messer of Solvay, and Brittany Woolshlager (Matthew) of Fairmount, one son, Michael Bridenbaker, Jr. (Jessica) of North Syracuse, his mother, Mary Ann Bridenbaker, brothers Edward and Patrick ( Robin ), and six grandchildren, including Crystal, Brandon, Evan, Michael, Elizabeth, and Molly of the Syracuse area, as well as other extended family.

Mike was predeceased by his father, Charles Bridenbaker and an infant son, Steven.

To order memorial trees or send flowers to the family in memory of Michael S. Bridenbaker Sr., please visit our flower store.