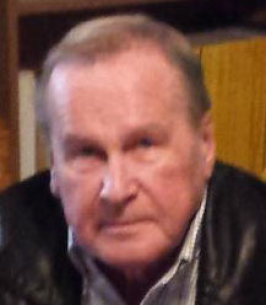 Robert J. Bryerton, 78, of Fayetteville, passed away Sunday, January 26, at home with his daughters and wife by his side. Robert grew up in Mattydale where he graduated in 1959 from North Syracuse High School. He received his Bachelor’s Degree in Business Administration from Syracuse University in 1975. Bob also resided in Liverpool before moving to Fayetteville.

He retired in 2004 after 35 years as an International Financial Manager for Lockheed Martin in Syracuse. He was the Treasurer of the G.E. ELFUN Society and an avid runner who competed in two Marine Corps Marathons in 1993 and 1994. He loved downhill skiing and was a world traveler spending two years working and residing in Australia. Bob’s favorite recent activity was golfing. He was an avid outdoorsman and a member of the Syracuse Pistol Club. His greatest passion was spending time with his grandchildren.

He was predeceased by his grandparents, William and Rose Bryerton, who raised him.

Contributions may be made in honor of Alistair James “AJ” Best payable to the Crouse Health Foundation to benefit the Crouse Little Fighters (NICU Unit), 736 Irving Ave., Syracuse, NY 13210.

Friends may call Thursday from 4:00 -7:00 PM at Krueger Funeral Home, Mattydale. Prayer Services are Friday, 9:15 AM at the funeral home followed by a 10:00 AM Mass of Christian Burial at St. Margaret's Church, 203 Roxboro Road, Mattyale.

To order memorial trees or send flowers to the family in memory of Robert J. "Bob" Bryerton, please visit our flower store.

Followed by a 10:00 AM Mass at St. Margaret's Church in Mattydale.