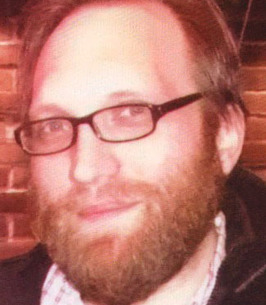 Cory E. Card, 40, formerly of Rochester, passed away Tuesday, March 3, 2020 at Upstate University Hospital in Syracuse. Cory grew up in Brewerton where he graduated from Paul V. Moore High School in 1997. He received his Master’s Degree in Fine Arts in 2004 from Rochester Institute of Technology. Cory resided in Rochester for more than 20 years before living in Old Forge for several years and finally moving to Central Square last summer.

While in Rochester, Cory worked as an Adjunct Professor at R.I.T. and Monroe County Community College. He was the Exhibitions Preparator for the Eastman House Museum and this past summer, for Everson Museum in Syracuse. He loved the arts in general primarily drawing but enjoyed painting and playing guitar as well. Some of his works were exhibited at several galleries in Rochester and he received awards for various submissions over the years.

Cory was predeceased by his grandparents, William and Shirley Card and Richard Desmond.

Contributions in Cory’s memory may be made to a charity of your choice.

To order memorial trees or send flowers to the family in memory of Cory E. Card, please visit our flower store.