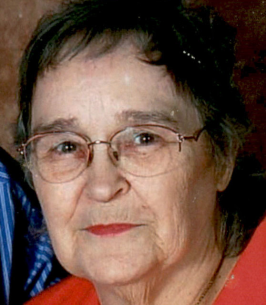 Dorothy E. Cole, 87, of Mattydale, passed away Monday, April 18th, 2022 at Van Duyn Home and Hospital in Syracuse. Dorothy was born to the late Gordon and Frances (Hollenbeck) Davis and grew up in Binghamton. She resided in Syracuse before moving to Mattydale in 1985.

Dorothy worked at several area companies including the McMillan Book Company and the Lunch Box on Warren Street as waitress. She was a member of the Ladies Auxiliaries for the American Legion Post #1832 and the VFW Post #3148 both in Mattydale. Dorothy was the past Matron of the Order of the Eastern Star Chapter 180 in Brewerton and later, Chapter 144 Memorial Lodge in North Syracuse. She enjoyed playing bingo and shopping and she was a member of the Brewerton Christian Church.

Dorothy was predeceased by her husband of 36 years, Curtis W. Cole.

She is survived by her daughter and son-in-law, Beth Ann (Tracy) Kimball of North Syracuse; four stepchildren; a brother, William Davis of Poughkeepsie; a sister, Andrea Davis of Binghamton; six grandchildren; eleven great grandchildren; one great great granddaughter; as well as several nieces and nephews.

Donations in Dorothy’s memory may be made to the Order of the Eastern Star Chapter 144, 648 Centerville Place, North Syracuse, NY 13212.

To order memorial trees or send flowers to the family in memory of Dorothy E. Cole, please visit our flower store.