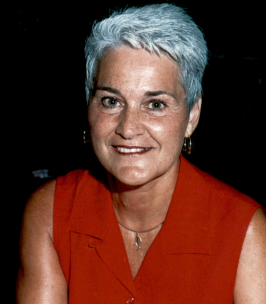 Bernadette Costello, 78, resident of Hastings, NY, passed away peacefully at home on Sunday, August 14th after a long illness. Born in Hudson Falls, NY, she was the daughter of Henry and Ruth Caputo. Bernie, as her friends called her, was the last surviving member of her immediate family.

After high school, she attended John Robert Powers School of Modeling in New York City in 1962. After working as a model, she trained and engaged as an airline stewardess for the former Mohawk Air Lines in Albany, before starting a lifelong career in banking. She retired as a Vice President for Bank of America after serving in many positions over her 45 years of service. Her love of life, family, and charitable community service touched the lives of all who knew her. Bernie was involved in the Central New York United Way including serving twice as President. She was a communicant of Divine Mercy Parish of Central Square where she was an active member in the church’s charitable activities.

Surviving are her husband, James Costello; a son, Charles Costello and his wife, Nicole, of Central Square; and four grandchildren.

Private Graveside Services will be held at Hillside Cemetery in Central Square at a later date.

To order memorial trees or send flowers to the family in memory of Bernadette Costello, please visit our flower store.