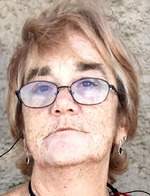 Tina M. Craw, 59, of Phoenix, died Thursday, June 7th, 2018. A native of Mattydale where she resided most of her life, Tina also lived in the City of Syracuse and most recently, Phoenix. She was a 1977 graduate of North Syracuse High School and was the daughter of the late Peter and Beverly (Cornell) Mariak.

Tina received her Associates Degree in Business from Bryant & Stratton in 1979. She worked at Cardinal Health for 10 years and also for Empire BlueCross BlueShield. Tina enjoyed bowling on various leagues in the Syracuse area and spending time with her family and grandchildren. She was a former communicant of St. Margaret's Church in Mattydale.

Tina is survived by her significant other, Charles Sloan, with whom she resided; husband, Wade Craw; two children: Michelle (Michael) Powers of Syracuse and John Craw of Phoenix; a brother: Peter Mariak of Central Square; six grandchildren: Juliet, Victoria, Katalina, Arianna, Michael, and Krystina; and by several nieces and nephews.

Graveside Services will be held at North Syracuse Cemetery on Wednesday at 12:00 pm.

To order memorial trees or send flowers to the family in memory of Tina Craw, please visit our flower store.