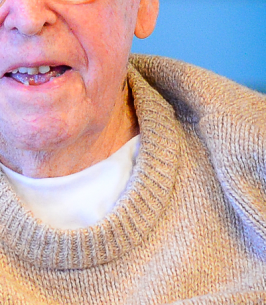 John F. Cullen, 97, of Cicero, passed away Friday at the Cottages at Garden Grove with his family at his side. John was born in Indianapolis, IN and grew up in Narrowsburg, NY and he moved to Mattydale in 1951 where he lived for over 60 years. He was the son of the late James and Martha (Knetzka) Cullen.

John was an Army Veteran serving during World War II in North Africa and Italy. He retired from the Herald Journal Newspaper in Syracuse in 1986 after 35 years as a printer. John enjoyed hunting and fishing especially on Oneida Lake and Lake Ontario. He was a communicant of St. Margaret's Church in Mattydale for many years.

John was predeceased by his beloved wife of 38 years, the former Shirley J. Hollister in 1984 and a sister Mary (Charles) Edsall, who died in 2011.

Surviving are his children: John F. Cullen, Jr. of Mattydale and Barbara (Henry) Green of Baldwinsville; a sister: Frances (Lohr) Pickering of GA; seven grandchildren; many great grandchildren and several nieces and nephews.

In lieu of flowers, contributions in John's memory may be made to the American Cancer Society, 6725 Lyons St., Box 7, East Syracuse, NY 13057.

Friends may call from 4 to 7 pm Wednesday at the Krueger funeral home, 2619 Brewerton Rd., Mattydale followed by a funeral service at 7 pm. Burial will be in New Haven Rural Cemetery.

To order memorial trees or send flowers to the family in memory of John F. Cullen, please visit our flower store.