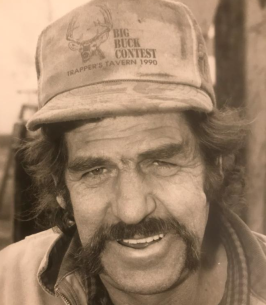 Neil W. Daniels, 81, of Memphis, passed away Saturday, January 16, 2021 at Crouse Hospital in Syracuse. He was born to the late Donald G. and Lola Mae (Orr) Daniels and attended Jordan Elbridge Schools.

Neil retired from the Town of Van Buren as a heavy equipment operator. At a young age, he left school to assist his parents with operating the Daniels Backhoe Service. Neil was known for his mechanic skills and racing. He drag raced a 1965 Mustang, the “Frog”, turning 10’s in a quarter-mile. He was also known for building stock cars, racing at the local dirt tracks, and excavation work. He could build anything even his own wood processor out of parts of old machines and farm equipment. He loved the outdoors, hunting, fishing and hosted many BIG Buck contests. Neil had a HUGE heart and would help all in need. Many referred to him as their second father.

A Celebration of Life will be held at a later date.
To order memorial trees or send flowers to the family in memory of Neil W. Daniels, please visit our flower store.