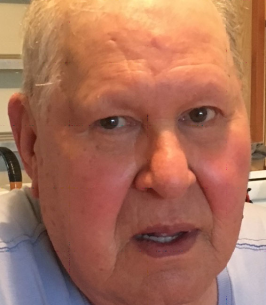 Leo J. Deon, 82, of Cicero, passed away Thursday, September 2nd following a brave battle with cancer at Loretto Fahey. Leo was born in Potsdam, raised in West Potsdam and attended Madrid Schools. He was the son of the late George and Addie (LaBarge) Deon.

Leo retired in 2001 after 32 years in the maintenance division of Southern Container in Camillus. He enjoyed traveling all over the U.S. by car with one trip that spanned over 7,000 miles.

Leo was predeceased by his first wife, Charlotte in 1992.

Contributions in Leo’s memory may be made to Francis House, 108 Michaels Ave., Syracuse, NY 13208.

Friends may call on Friday from 11 am -1 pm at Krueger Funeral Home, 2619 Brewerton Rd., Mattydale, with a funeral service following at 1:00 pm. Burial will be in Greenlawn Memorial Cemetery, Warners.


To order memorial trees or send flowers to the family in memory of Leo J. Deon, please visit our flower store.