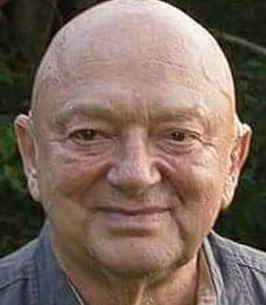 Howard J. Downing, Sr., of Liverpool, passed away on Wednesday. He was born in Syracuse to the late Howard and Mary (Scott) Downing. After 30 years, he retired from New Process Gear. Howard served in Vietnam in 1968 as a Tech Sargeant (E5) in the United States Army. He enjoyed building cars and was a founding father of the Central New York Street Rods. He also was a Chief Safety Representative for the National Street Rod Association (NSRA) from 1994 to 2002. He enjoyed traveling and dearly loved his family and friends.

Predeceased by his parents; his brothers, Jack and Donald Downing and his sister, Patricia Allen.

Donations may be made to a Hospice of your choice or Francis House of CNY.

There are no calling hours. A Celebration of his Life will be at a date to be announced.

To order memorial trees or send flowers to the family in memory of Howard J. Downing Sr., please visit our flower store.