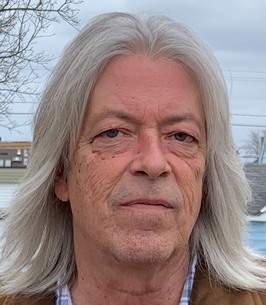 Douglas “Doug” R. Fehrman, 63, longtime resident of Cicero, passed away Friday, June 19, 2020 at Crouse Hospital. The son of the late Robert and Nina (Pope) Fehrman, Doug grew up and resided in Cicero most of his life. He was a graduate of Cicero High School in 1974. Doug resided in the Lyncourt area for the past year.

He was a CNC Programming Manager for Precision Systems/Metalworks in Liverpool for several years and has worked in the machinist field his entire career. Doug played bass guitar since he was a teen and was a member of “Brass on the Rocks” band. He was an avid NASCAR fan and followed S.U. sports especially basketball.

Doug is survived by his two daughters, Nicole (Joshua) Messina of Syracuse and Heather Fehrman of Lyncourt; his fiancée, Diane Jones of Oneida; two grandsons, Lucca and Colt Messina; his three siblings: Dawn Baker of Weedsport, Robert Fehrman of Central Square, and David Fehrman of Long Island; and by several nieces and nephews.

A limited number of friends may call on Tuesday from 4:00 -7:00 pm at Krueger Funeral Home, 2619 Brewerton Rd., Mattydale. Face coverings will be required and CDC & NYS Dept. of Health guidelines will be enforced. Funeral Services will begin at 10:00 am Wednesday at the funeral home and will be live-streamed on our website and Facebook for those unable to attend. Burial will follow in White Chapel Memory Gardens, Dewitt.


To order memorial trees or send flowers to the family in memory of Douglas Robert "Doug" Fehrman, please visit our flower store.