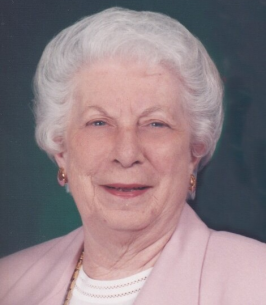 Marion Elizabeth Fleisch, 99, formerly of Mattydale, passed away on Tuesday, September 21, 2021, at her residence. She was born in April of 1922 in Syracuse, New York, the daughter of the late Peter Calpeter and Charlotte Gehm Calpeter.

Services were held in High Point. Entombment will be in Woodlawn Cemetery.

To order memorial trees or send flowers to the family in memory of Marion Elizabeth Fleisch, please visit our flower store.