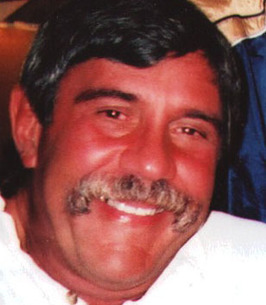 Stephen “Steve” N. Fortunato, 65, passed away Wednesday, November 25 in Utica. Steve was born and raised on the North side of Syracuse. He was a 1973 graduate of Christian Brothers Academy before attending O.C.C. and graduating from Lemoyne College with a degree in Business Administration. Steve also took some course work from Syracuse University.

Steve was an accounting controller for the family business, Fortunato Electric and later was President for 30 years after his father’s retirement. Since then, he worked for various companies including National Grid, Ridley Electric, and Widewaters Corporation. Steve was involved in many work related organizations. He coached Little League for Salem Hyde and was an amateur body builder winning the title of Mr. Syracuse and Mr. Central NY in the 1980’s. Steve enjoyed cooking for his friends and family and playing in Bocce tournaments. Steve was a communicant of Our Lady of Pompei Church where he volunteered and served as an Usher.

He was predeceased by his parents, Nicholas and Margaret (DeFonde) Fortunato, and by his brother, Eugene.

Steve is survived by his brother and sister-in-law, Michael and Rosie Fortunato of Clay; his longtime companion, Deborah Tornatore of Canastota; and several cousins.

Contributions in Steve’s memory may be made to the Humane Association of CNY, 4915 W. Taft Rd, Liverpool, NY 13088.

Friends may call on Monday from 11:00 AM -1:00 PM at Krueger Funeral Home, 2619 Brewerton Rd., Mattydale. Face coverings will be required, and CDC & NYS Dept. of Health guidelines will be enforced. Funeral Services will begin at 1:00 PM, at the funeral home and will be live streamed on our website beneath his obituary and on FaceBook. Burial will be in Woodlawn Cemetery, Syracuse.

To order memorial trees or send flowers to the family in memory of Stephen N. "Steve" Fortunato, please visit our flower store.