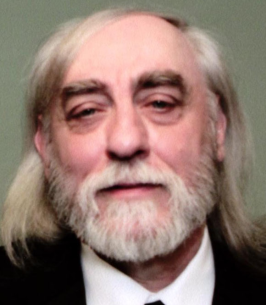 Rick A. Gascoigne, 70, of North Syracuse, passed away Wednesday, November 10th at Van Duyn Home and Hospital in Syracuse. A native of Martville, Rick grew up in North Syracuse where he graduated in 1972 from Cicero High School. One of five children born to the late Donald and Isabel (Flynn) Gascoigne, he resided in Phoenix for 25 years before moving back to North Syracuse in 2021.

Rick was drafted and signed up for the US Army Reserves, where he served for 6 years. He retired in 2016 after 10 years as an assembler at Eagle Comtronics in Liverpool. He was a huge NASCAR fan that visited many car shows including the Syracuse Nationals with his son. Rick was very artistic. His skills can be seen in the models he built, along with the many drawings, painting and pieces of woodwork he created through the years.

Rick was predeceased by a grandson, Mason DeFonde, in 2013 and by a sister-in-law, Edith Gascoigne in 2004.

Surviving is a son and daughter-in-law, Sean and Jamie DeFonde of Cicero; his granddaughter, Gabriella; four siblings: James (Ethel) Gascoigne of Wolcott, Donna (Randall) LaForte of North Syracuse, Timothy Gascoigne of Central Square, and Sandra (Norman) Nicolini of Pennellville; and by several nieces and nephews.

Friends may call on Tuesday from 4:00 -7:00 pm at Krueger Funeral Home, 2619 Brewerton Rd., Mattydale. Funeral Services will begin on Wednesday, 10:00 am, at the funeral home with burial in North Syracuse Cemetery.


To order memorial trees or send flowers to the family in memory of Rick A. Gascoigne, please visit our flower store.