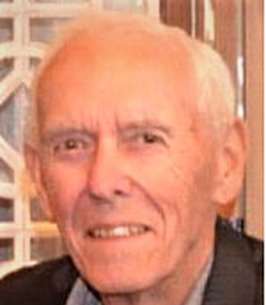 On October 4th, 2019, the world lost a giant of a man, a loving husband, devoted father, mentor and a close friend to many. William Gordon Goodson, 78, of Fallbrook, CA, (October 4th, 2019) died peacefully surrounded by his loving family at Duke University Hospital, Durham, NC while on a waiting list for a lung transplant after a long and grueling health battle. Bill was born in Syracuse, NY, on June 24th, 1941, the son of the late Clarence Sr., (Tex) and Margaret (Marge) Goodson.

Bill is survived by his soulmate, Mary-Lou (Guinto) of 60 years and his daughters, Bridgett (Hartshorn) and her husband Paul, Karen (Sherman) and her husband Richard, and his son, William Jr. ( Billy), ten grandchildren and two great grandchildren (with another due any day) and numerous loving nieces and nephews. Bill is survived by his sister, Cindy Goodson and his brother, Phillip Sr. and (Maria), pre-deceased by brothers Richard (Dick), Clarence Jr. (Fred) and Mark.

Originally, from North Syracuse, NY, Bill was an avid hunter and outdoorsman and was the past President and co-founder of the still active, non-profit, Sothern Tier Sportsman Club, located in Cortland, NY. In addition, Bill was very active as a NY State certified Bow Hunter instructor in the New York State Bowhunter Education Program and received the distinguished title of NY State Master Bowhunter Instructor. Bill was a mentor to many young and upcoming sportsman up until this year. Bill began his employment career as a cross country semi-tractor trailer driver with his father (Tex), for Allied Van Lines/Syracuse Furniture Forwarding, Syracuse, NY, and eventually became the retail store manager of the downtown Syracuse branch store for Franklin Furniture.

Bill’s entrepreneurial spirit moved him and his family to southern San Diego, CA area, in 1979 and he remained there ever since. Bill used his business wisdom to purchase, renovate and sell hotels and was able to retire at the early age of 50. He continued working closely with his daughters Bridgett and Karen and helped them each build numerous successful businesses while remaining active within them himself. He (along with his lovely wife Mary-Lou) especially enjoyed being active as the GM of Myrtle Creek Nursery, Fallbrook, CA, a very successful and growing business owned by their daughter Karen and her husband Richard.

Bill and Mary-Lou were not only happily married but were lifelong hunting partners as well. From the hills of Cortland NY, to elk hunting in Colorado, to ocean fishing and local lakes, Bill and Mary-Lou were true outdoorsmen with many trophies, stories and tales that made for great conversation, laughs and comradery amongst their many friends they made along their journey! Although Bill enjoyed many major achievements, he always enjoyed the simple things of life such as his morning cup of java, a doughnut, watching his daily business show or dining with family and friends! Bill and Mary-Lou had a habit of traveling 3,000 plus miles to surprise family members and friends whenever they felt the urge! Bill had a sick sense of humor, loved practical jokes and those who knew him happily returned in kind. Truly an icon of a person.

His lasting words of wisdom were as follows:” Keep me in your heart and I’ll keep you in mine”. What a better world it would be if only everyone headed Bill’s advice. God Bless.

Graveside services are planned for burial in the San Marcos Cemetery, 1021 Mulberry Dr. San Marcos, CA 92069 on Tuesday, November 19th, 2019 at 11:30 AM with a celebration of Bill’s life to follow at the former San Luis Rey Golf Club 31474 Golf Club Drive, Bonsall, CA 92003.
To order memorial trees or send flowers to the family in memory of William Gordon Goodson, please visit our flower store.