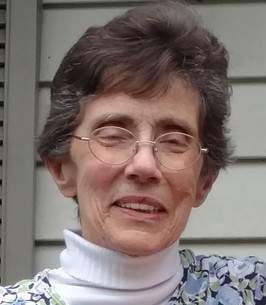 Mary Lou Green, 82, of The Cottages in Cicero, passed away Sunday, November 29, 2020. Born to the late Dr. Roy and Edna (Winkler) Wichterman, Mary Lou was a native of Athens, Ohio. She was a 1955 graduate of Ohio University where she met her husband. She went on to pursue her graduate studies at Columbia University, spent two summers and 1 year in Turkey.

After studying abroad in Turkey, Mary Lou returned to the U.S. to teach Turkish language and culture at the University of Pennsylvania. She became an Ordained Methodist Minister in 1980 and received her Masters’ of Divinity from Lancaster Theological Seminary. Mary Lou served United Methodist churches in Elkton and North East, MD, Newark and Wilmington, DE, before retiring from Delmarva Peninsula Conference and moving to Liverpool to be closer to her family. Since retiring, Mary Lou volunteered at the Liverpool Central School District, OCM BOCES and the League of Women Voters. She enjoyed exercising at the YMCA and was a member of the Eastwood Baptist Church where she provided pulpit coverage and taught adult Sunday School classes. Mary Lou’s faith and participation in church life were very important to her.

In lieu of flowers, donations in Mary Lou's memory may be made to Eastwood Baptist Church, 3212 James St, Syracuse, NY 13206.

To order memorial trees or send flowers to the family in memory of Mary Lou Green, please visit our flower store.