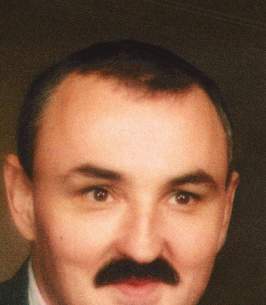 Thomas O. Hammill, 64, of Mohawk Drive in Mattydale, died Friday, March 20, 2020 at Crouse Hospital. Tom was a native of Malone, NY and resided in Mattydale for over 50 years. He was the son of the late Geraldine “Gerry” (LaRock) and Giles E Hammill.

Thomas was a 1974 graduate of North Syracuse High School and attended BOCES Trade School for Masonry. He also attended NY School of Dog Grooming and worked at the family business, Hammill's Dog World Hotel in Mattydale, as a certified dog groomer. He was a member of the National Dog Groomers Association and a former member of the Solvay Moose Lodge #105. Thomas was an accomplished artist working with paints and sculpting and was a former communicant of St. Margaret's Church in Mattydale.

In addition to his parents, he was predeceased by his sister, Nancy Casolare in 2011.

Thomas is survived by his sister: Sandra (James) Merrick of Mattydale; and several nieces and nephews.

All Services will be private.

To order memorial trees or send flowers to the family in memory of Thomas O. Hammill, please visit our flower store.