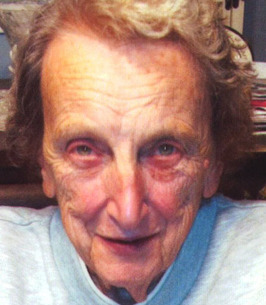 Suzette “Sue” J. Heinley, 88, resident of Mattydale for over 60 years, passed away Sunday, March 10, 2019 at Upstate University Hospital. Sue was born in Syracuse and grew up in Eastwood where she was a 1947 graduate of Eastwood High.

Sue retired in 2010 after 30 years as a Teacher’s aide for the North Syracuse Central School District. She had previously worked as a bookkeeper for many years in the Syracuse area. Sue was a correspondent and volunteer at Unity Acres delivering bread three times each week in her white van with a smiley face on its hood. The van was a well known fixture in Syracuse and the surrounding areas as it carried her cargo on its appointed rounds. Sue’s life’s work was always showing compassion for those in need. She was unselfish with the time she spent helping others. Sue also volunteered at Hopps Church in Syracuse where she made the gift bags for Christmas. When Sue wasn’t busy helping others, she was with her dogs or in her garden.

Sue was awarded Woman of the Year in 1989 by the Star News and was presented the Community Service Award in 1988 by the Mattydale-Hinsdale Chamber of Commerce. She was quoted in an article about her awards as saying “It’s no big deal and I’m not real comfortable with all this attention.” Sue was the President of the Board of the Salina Civic Center and a member of the 20 gallon club for donating blood to the American Red Cross. Sue was a longtime communicant of St. Margaret’s Church in Mattydale and volunteered for their Human Development office.

She was predeceased by her husband, whom she was happily married to for 65 years, Bernard “Barney” Heinley in 2015.

Sue is survived by her son: Daniel B. Heinley and his wife, Amy; her two grandchildren, Alexandra and Daniel J. Heinley; two nieces, Lisa and Susan; and her great nieces and nephews.

It's funny no one's interviewed me and I have a lot to say.
For after all I know Sue best, we're together every day.
We both start out at the crack of dawn, we're out of the house at five.
We put in a full day's work before the rest of the world comes alive.
After work at North Syracuse Schools, there's always a place to go...
There's bread to pick up at Wegman's and delivered to the needy we know.
The Food Bank's got a load of food just ready and waiting for us;
We make more stops in a single day than any city bus.
Nobody knows the furniture I've held, and white elephant items galore.
Folks must think that all I am is a portable used goods store.
The truth is that there's lots of folks who depend on us to care;
But without my help transporting, Sue could get no where.
So think about next year's award, and if you possible can
Give it to someone deserving - like me, SUE'S VAN!

To order memorial trees or send flowers to the family in memory of Suzette J. "Sue" Heinley, please visit our flower store.