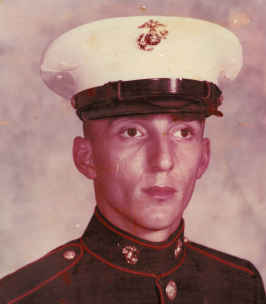 Francis “Frank” E. Herzog, Sr., 67, of Mattydale, passed away Thursday, February 24th with his family by his side. Frank was one of ten children born to the late Lewis and Carolyn Herzog. He resided most of his life in the Syracuse area and was a 1972 graduate of Corcoran High School.

Frank served in the Us Marine Corps during the Vietnam War. He retired in 1996 after several years as a machine operator for Syracuse China. He also owned and operated the Triple Play Bar on Butternut Street and the Zogg's Deli in Downtown Syracuse. Frank enjoyed going to Vernon Downs to play the horses and was very handy in fixing things around the house. He loved all of his grandchildren and great grandchildren with no exceptions and was a great father and husband. Frank was baptized at and was a member of Our Lady of Pompeii Church.

He was predeceased by his son, Danny Herzog, a grandson, Tristen King, and by four siblings: George, Fred, Joey and Maria.

Friends may call Thursday from 2:00 -5:00 PM at Krueger Funeral Home, Mattydale with a funeral service following at 5:00 pm.


To order memorial trees or send flowers to the family in memory of Francis E. "Frank" Herzog Sr., please visit our flower store.