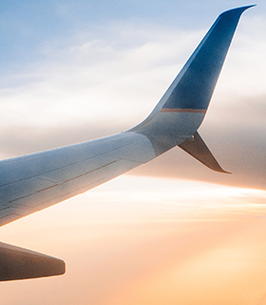 Edward J. Hoey, 94, of North Syracuse, passed away peacefully January 19th at home. Born in Corning, NY, Ed grew up in the Eastwood area of Syracuse. He was a 1950 graduate of Siena College where he received his Bachelor's Degree in Economics. Ed resided in North Syracuse since 1955 and was the son of the late Edward F. and Virginia Hoey.

Ed served in the US Navy during World War II. He retired in 1980 after 32 years as a contract administrator for the Department of Defense.

Ed was predeceased by his wife of 62 years, the former Patricia M. (O’Brien) and his eldest son, Edward.

Ed and Pat enjoyed spending time in the Mid Hudson Valley with their sons, John and Mark, daughter-in- law, Kathy, and their grandchildren, Kaitlyn and James. Ed enjoyed his golf league and many friends. He also did volunteer work for Meals on Wheels, Literacy Volunteers, College for Living, Francis House, and the Volunteer Center.

Friends may call on Thursday from 4 - 7 pm at Krueger Funeral Home, 2619 Brewerton Rd., Mattydale. A Prayer Service will begin on Friday, 10:30 am at the funeral home followed by a 11:00 am Mass of Christian Burial at St. Rose of Lima Church in North Syracuse. Burial will be in Veteran's Memorial Cemetery, Syracuse.

To order memorial trees or send flowers to the family in memory of Edward Hoey, please visit our flower store.

Followed by an 11:00 am Mass of Christian Burial at St. Rose of Lima Church, North Syracuse.