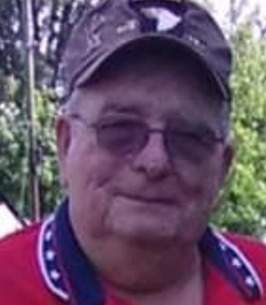 Com. Theodore “Ted” Holz III, 72, of Syracuse, passed away Thursday at St. Joseph’s Hospital surrounded by his loving family. His family is grateful that Ted was able to experience the Honor flight to Washington DC which he returned from last Saturday. Ted was born December 8, 1948 in Minneapolis MN to the late Theodore and June Holz. He grew up in Crystal MN and graduated from Cooper High School in 1966. He enlisted in the Army and served bravely in Vietnam before moving to Syracuse. Upon his discharge in 1971, he met the love of his life the former Fran Weber whom he married seven weeks later. Ted retired in 1998 as a Lieutenant after serving 20 years with the Syracuse Fire department and was a member of the IAFF Union Local #280.

He was currently the Commander and life member of the Mattydale American Legion post #1832 and being a motorcycle enthusiast, he founded the Post’s Legion Riders. He also was a member of the VFW post #3146 in Mattydale and the Eastwood American Legion Post. Ted also enjoyed woodworking, was very actively involved in scouting and witnessed his two sons become Eagle scouts through Troop 50 and coached for the Lemoyne Little League.

Contributions may be made in memory of Ted’s name to the Honor Flight Syracuse, Inc PO Box 591 Syracuse, NY 13209.

Funeral services will be 12:30 pm Wednesday at the Krueger Funeral Home followed by burial in Onondaga County veteran’s memorial cemetery with full military honors. Friends may call from 4-8 pm Tuesday with an honor guard from the Syracuse Fire Department present at the funeral home 2619 Brewerton Rd. Mattydale.


To order memorial trees or send flowers to the family in memory of Theodore "Ted" Holz III, please visit our flower store.