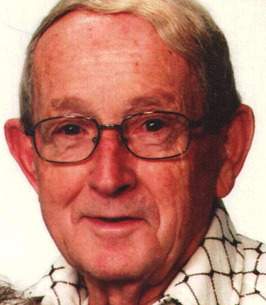 Lew was a US Navy veteran of World War II serving in the Atlantic theater aboard the USS LSM-417 as a Signalman. He worked as a meat cutter all of his life, beginning in his family’s store, House’s Superette, in Cicero and retired from F.G. Alletzhauser Inc. Lewis was a life member of the Cicero United Methodist Church, a member of the Cicero Volunteer Fire Department for 68 years, a member of American Legion Post 787 for 70 years, and a Boy Scout Leader for Troop 116. He was a dedicated husband and devoted family man who enjoyed summers at his camp on Cross Lake with family and friends and many winters in Hawaii.

In addition to his parents, Lew was predeceased by his siblings, Norman House and Frances Van Epps.

He is survived by his wife of 67 years, the former Lola (Parsons); his sons: Danny, Terry (Diane), and David (Julia) House, all of Cicero, and Ricky (Emily) House of Woodbridge, VA; seven grandchildren, and six great grandchildren.

Contributions in Lew’s memory may be made to the Cicero Volunteer Fire Department or American Legion Post 787.

Friends can call Friday from 4:00 - 7:00 pm at Krueger Funeral Home, 2619 Brewerton Rd., Mattydale. Funeral Services are Saturday, 10:00 am, at the funeral home with burial following in Pine Plains Cemetery, Clay.
To order memorial trees or send flowers to the family in memory of Lewis E. House, please visit our flower store.