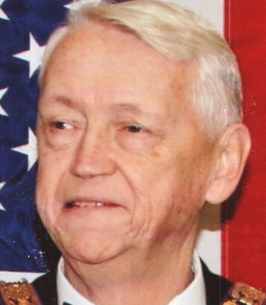 Earle “Lee” Ireland, 74, of North Syracuse, passed away at St Joseph’s Hospital on Wednesday, August 18th, 2021. In Lee’s younger years, he would travel with his parents all over the east coast. He loved to take his nieces and nephews to sporting events and especially taking them fishing. Lee was truly a great uncle to them all. Lee was a man of many talents. He could tell jokes at a drop of a hat and loved making people laugh. His sense of humor was an asset and his care and love for his wife, Judy, was overwhelming.

Lee was a big fan of S.U. sports and was a season ticket holder for over 43 years for football and basketball. He tailgated with the same group of friends for 30+ years. Lee truly bled orange. As a young boy when he was hospitalized, Jim Brown came to see him with an autographed picture. He was hooked on S.U. He also loved the Dodgers from the time they were in Brooklyn. Judy and Lee were also fans of the Syracuse Blazers Hockey team.

Lee worked for Service Star Hardware for over 24 years as a project manager. The last year he was in health insurance specializing in Medicare. His heart was with the NYS Elks Club where he was a member for 27 years. He devoted much of his time, holding numerous office positions with the Elks and the State. His greatest fulfillment was when he and Judy were honored “New York State Elks of the Year” in 2004. Lee also belonged to the 4 F’s fishing club. He became Catholic in 2018 with special thanks to Rev. Fred Mannara for his leadership and direction of spiritual guidance. He attended Sacred Heart Church in Cicero. Lee was a truly wonderful husband, uncle, and true friend to all.

He was predeceased by his parents, the late Earl and Lillian (Varah) Ireland, and his four siblings: Mary Cappelleti, Elizabeth Parsons, Fred Ireland, and John Ireland

Earle is survived by his wife, Judy (Galante) Ireland and by numerous nieces, nephews, great and great-great nieces and nephews. Judy and Lee would have celebrated their 40th wedding anniversary in October.

Special thanks and love to his nephew, Nick Cappelletti and good friends Laura and Kenny Richards and to Helen Dutton. They were there when we needed them and unconditional support.

In lieu of flowers, the family requests contributions be made to the NYS Elks for major projects, 33 Holcomb Rd., Averill Park, NY 12018.

Friends may call on Monday from 4:00 -7:00 pm at Krueger Funeral Home, 2619 Brewerton Rd., Mattydale. A Mass of Christian Burial will begin on Tuesday, 10:00 am, at Sacred Heart Church of Cicero, 8229 Brewerton Rd. Burial will follow in Woodlawn Cemetery, Syracuse.

To order memorial trees or send flowers to the family in memory of Earle "Lee" Ireland, please visit our flower store.