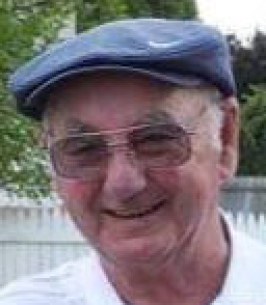 James E. Jackson, Sr., 87, of Altmar, NY, passed away Saturday, May 7th, 2022 at Crouse Hospital in Syracuse. Born to the late Clayton and Francis (Petrie) Jackson, James was a member of the local Teamsters #317 and the Onondaga Winnebago Camping Club. He attended Dugway United Methodist Church in Dugway, NY.
Jim was predeceased by his wife, the former Sandra Electra (Cornell) Jackson and by his sister, Elizabeth “Lizzy” Barlow.

Contributions in Jim’s memory may be made to a charity of your choice.

Friends may call Thursday, May 12th, from 4:00 -7:00 PM at Krueger Funeral Home, 2619 Brewerton Rd., Mattydale. Funeral Services are Friday, May 13th at 9:00 AM, at the funeral home with burial in North Syracuse Cemetery following.


To order memorial trees or send flowers to the family in memory of James E. Jackson Sr., please visit our flower store.