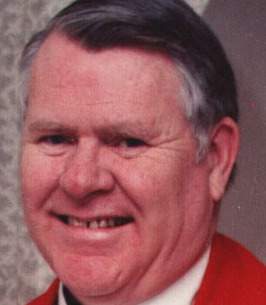 Rev. Leonard N. Johnson, 83, of Cicero, passed away Friday, January 31, 2020 at Francis House with his wife by his side. A native of Waltham, Massachusetts, Leonard was the son of the late Henry and Lillian Johnson. He graduated from Waltham High School in 1954 and received his Bachelors Degree in Liberal Arts from Bowdoin College in Maine in 1958. He went on to attend Augustana Theological Seminary in Rock Island, IL, where he became an ordained Lutheran Pastor.

During his 55 years of ministry, Rev. Johnson tended to parishes all over the U.S. including Michigan, Prince of Peace in Depew, and Luther Memorial Lutheran Church in North Syracuse where he retired in 1998 after 10 years of service. He was a youth football coach during his stint in Cheektowaga and Depew, served as Chaplain at various fire companies, and was the former Chairman of NYS Blind Association. Rev. Johnson is the current Pastor Emeritus of Luther Memorial Lutheran Church and has maintained his membership there since retiring. He enjoyed golfing at least twice weekly with his friends for several years and even made a hole-in-one at Arrowhead once. Leonard also co-authored a children's coloring book titled "Mike & Molly."

He was predeceased by his son, Jeffrey Johnson, in 2007.

To order memorial trees or send flowers to the family in memory of Leonard N. Johnson, please visit our flower store.