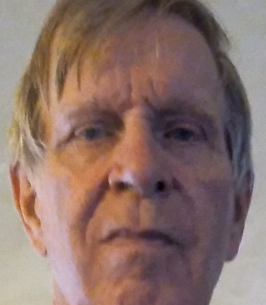 Jack C. Keach, 74, of Lyncourt, passed away Tuesday, February 8 at home. A native of Mattydale, Jack was born to the late Howard and Dorothy (Van Duzer) Keach Sr. and was a 1965 graduate of North Syracuse High School. Jack resided in Mattydale for most of his life. He earned his Associate’s degree for forestry at Paul Smith’s College and finished his Bachelor’s degree at Stephen Austin University.

Jack worked as a warehouseman in shipping and receiving at several storage facilities in the Syracuse area including King Storage in Dewitt. He was a member of the Mad River Club and Pastimes Athletic Club. For many years, Radar, his black lab, was his loving companion. Jack was an avid hunter and enjoyed staying in his hunting camp. Four wheeling around the camp was a favorite past-time. In his earlier years, Jack spent time snowmobiling and riding his motorcycle. Jack also enjoyed bowling on many leagues in the Syracuse area and was a beloved uncle to his nieces and nephews.

He was predeceased by a brother, Howard Keach Jr. and by his nephew, Brian Moriarty. Surviving are his three siblings: James (Carol Kearns) Keach, John (Ruth) Keach, and Ann Morgan; a sister-in-law, Carol Keach; and by several nieces and nephews.

Friends may call on Monday from 4:00 - 6:00 pm at Krueger Funeral Home, 2619 Brewerton Rd., Mattydale, with a Celebration of Life beginning at 6:00 pm. The family requests all visitors please wear a mask.

To order memorial trees or send flowers to the family in memory of Jack C. Keach, please visit our flower store.