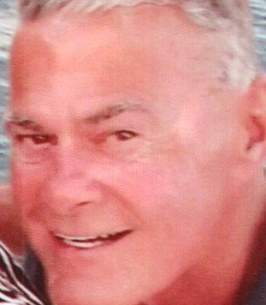 Robert Keenan, 69, of Liverpool, passed away Monday, July 26, 2021, following a brief illness surrounded by his loving family at University Hospital in Syracuse. Born in Syracuse to the late Francis and Stella (Podgorski) Keenan, Bob grew up in Mattydale. He was a 1970 graduate of North Syracuse High School.

Bob retired in 2014 after 18 years at Owens Brockway Glass in Auburn. Previously he worked at Miller Brewing Company in Fulton until they closed. He was a member and past president of the IAM Union Local #2671. Bob enjoyed golfing and crossword puzzles. Lastly, he loved traveling as much as possible including trips to Aruba and Las Vegas. Bob would spend as much time with his family and grandchildren as possible; they were the most important part of his life.

In addition to his parents, Bob was predeceased by his brother, James Keenan and sister, Geraldine Seifert.

Surviving are his wife of 46 years, the former Elaine "Tweet" Wolf; two daughters, Tricia (Michael) Smith and Heather Keenan, all of Liverpool; his four grandchildren: Dylan, Jon, Stella, and Nick; and by several nieces and nephews.

Donation in his memory may be made to Hospice of CNY, 990 7th North St., Liverpool, NY 13088 or online at www.hospicecny.org.

Friends may call on Friday from 4:00 -7:00 pm at Krueger Funeral Home, 2619 Brewerton Rd., Mattydale. Prayer Services will begin at the funeral home on Saturday, 9:30 am, followed by a 10:00 am Mass of Christian Burial at St. Margaret’s Church, Mattydale. Burial will be in North Syracuse Cemetery.


To order memorial trees or send flowers to the family in memory of Robert "Bob" Keenan, please visit our flower store.