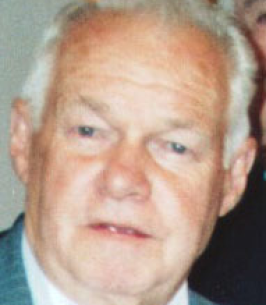 Lee “Fussy” Kimler,86, lifelong resident of Mattydale, passed away Thursday, June 24th at his home. Lee was the son of the late James and June Kimler. He was a veteran of the Boys of Syracuse 174th NYANG Fighter Wing as well as an Air Force veteran serving during the Berlin Crisis.

Lee retired in 1997 after 35 years as a tractor trailer driver for P & C Foods in Syracuse. He was known to his co-workers and other truckers by his handle, “Fussy.” Lee competed in multiple state truck rodeos and won in 1976. He was a member and past president of the Family Motor Coach Association “FMCA.” Lee enjoyed traveling and camping throughout the United States. He was an avid deer hunter who also enjoyed bowling for many years. Lee was a member of the American Legion Post #1832 in Mattydale and a communicant of St. Margaret’s Church.

Contributions in Lee's memory may be made to St. Margaret’s Church Fund, 203 Roxboro Rd., Mattydale, NY 13211.

Friends may call on Tuesday from 3:00 – 7:00 pm at Krueger Funeral Home, 2619 Brewerton Rd., Mattydale. Funeral Services will begin on Wednesday, 11:00 am at the funeral home followed by burial in Assumption Cemetery, Syracuse.


To order memorial trees or send flowers to the family in memory of Lee Kimler, please visit our flower store.