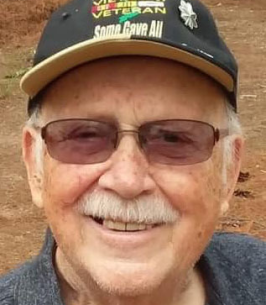 Retired Lt. Colonel Richard “Dick” Koelling passed away at his home in Zephyr Cove, Lake Tahoe, Nevada on May 1, 2020 after a courageous battle with cancer. Dick was born in New Haven, CT , on March 1, 1935 and moved to Syracuse with his parents, Elsie and Bill Koelling of Mattydale, NY.

Graduating from North Syracuse High School in 1952, he then attended Syracuse University as a member of the Air Force Training Program. Turning down an appointment to Annapolis, he joined the Air Force and served as a commissioned pilot and squadron commander under the Military Strategic Air Command for 25 years, flying missions in the Vietnam War and the Iranian crisis. Retiring as Lt. Colonel, he settled in Vacaville California with his wife, Betty Hemler (who predeceased him) and their four children.

Dick was active and played many successful roles in the Vacaville Arts League, along with his sons. Softball was another passion, especially when partnering with his sons on the field and later in a Senior traveling team that led him back and forth between Nevada and Hawaii.

In 1993 he married Anne Sullivan and was further blessed to welcome her three children to his family. Dick & Anne traveled extensively throughout Europe and the US, most recently making a trip in their RV cross country in September 2019, immensely enjoying their families and longtime friendships.

Dick is survived by his wife, Anne, 7 children: Karen (Scott) of Loma Rica of CA, Richard (Janelle) of Bristow, VA, Steven (Dana) of Vacaville, CA, Christopher of Fairfield of CA, Rick Sullivan (Valessa) of Nevada, Jennifer Russonello (Mike) of Palm City, FL and Marie Sullivan of Reno, NV; 20 grandchildren; 1 great grandchild; and several great nieces and nephews. He is also survived by his sister, Janet Bennett of Mattydale, a niece, Laurie Copeman of Cicero as well as many relatives and friends from across the country that he loved so much.

A Memorial with Full Military Honors will be held in California at a time to be determined, due to the pandemic.

To order memorial trees or send flowers to the family in memory of Richard "Dick" Koelling, please visit our flower store.