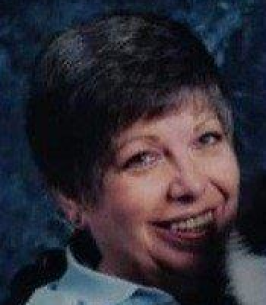 Helen Margaret “Peggy” (Kunz) Guiles, passed away peacefully at her home in Richmond, VA, on September 21st, 2020 from complications due to heart disease. Born June 5th, 1950, Peggy was a long-time resident of Central New York who grew up in Cicero and was a graduate of North Syracuse High School. She was a member of the Cicero Center Methodist Church, known as “The Church at the Crossroads,” where she sang in the choir. She was an excellent student, who also participated in the Girl Scouts. During her youth, she helped her parents with community events like the South Bay Firemen’s Field Days, where she also competed for the title of Ms. South Bay.

Prior to moving to Richmond VA, over a decade ago, Peggy owned her own real estate title company, KP Abstract, in Syracuse, NY, in the 1980’s. She enjoyed the warmer climate of Richmond and got a chuckle whenever they got a whisper of snow that would shut the entire area down. Most of all, she was a loving mother to her son, Randy.

Her wishes were to be returned to Central New York and be interred at the Lakewood Cemetery in Cleveland, NY, with her parents who preceded her. Mother, Harriet “Jean” Kunz, passed in 1996, and Father, George Jackson Kunz, Jr., passed in 1982.

She is survived by her son, Raymond Andrew “Randy” Guiles and his wife Penny Guiles, of Mechanicsville, VA; a brother, Steven Kirk, his wife, Vicki, and their twins, Christopher and Lois, of Valley Village, CA.
Locally, she is survived by her brother, Richard George Kunz, and his wife, Terri Lavergne-Kunz of East Syracuse; uncle Robert Stanton, and cousin, Thomas, both of Clay, cousins: Kathleen Stanton of Hastings, Margie Smith of Saratoga, and Rebecca “Becky” Kopper, all of New Hartford.

Due to the prevailing issues with traveling, we will be postponing services until the Spring 2021 to ensure the family can get together.

To order memorial trees or send flowers to the family in memory of Helen Margaret "Peggy" (Kunz) Guiles, please visit our flower store.