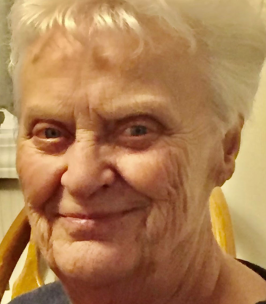 Yvette M. Lefebvre, 93, of Mattydale, passed away on Thursday, July 28th at Upstate University Hospital at Community Campus. Yvette was born and raised in Cornwall, Ontario Canada. She resided on Plymouth Ave in Mattydale since 1963 and was the daughter of the late Arthur and Hermine (Provost) Gibeault.

Yvette retired in 1987 after many years as a line worker for Prestolite Company in Syracuse. She was a member of the Crysler Campers and loved camping along the St. Lawrence especially at Jacques Cartier State Park. Yvette was a devoted communicant of St. Margaret's Church in Mattydale.

She was predeceased by her husband of 56 years, Maurice "Mo" Lefebvre, in 2006, and by her six siblings: Laurette Laperle, Jeannette Caron, Rheal Gibeault, Bernard Gibeault, Rev. Gerard Gibeault, and Roger Gibeault.

A Mass will be held on Monday, August 22nd, at 11:00 AM at St. Margaret's Church in Mattydale. Entombment will follow in Woodlawn Mausoleum, Syracuse.

To order memorial trees or send flowers to the family in memory of Yvette M. Lefebvre, please visit our flower store.