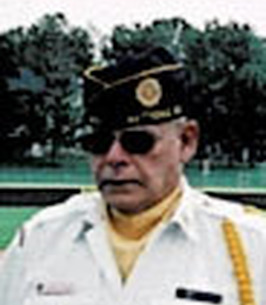 Glenn “G-Man” E. Lickvar, 69, passed away on August 20, 2022. A life resident of Syracuse
Glenn was a proud veteran of the US Air Force and served during the Vietnam War.
He retired from Tallmage Tire and as a bartender at the American Legion and the
VFW Posts, both in Mattydale.
Glenn was a past member of the American Legion Post 1832 and a former commander
of its Color Guard. He loved playing the drums and spending time with his dog Velvet.
His best and last good times were hanging out with his veteran friends at Cam-Nel’s Pub reminiscing
and living the way he liked. He will be greatly missed by all.!
He was predeceased by his son Glenn Jr. and his wife Dawn. Graveside Services will be held
9 am Tuesday in Assumption Cemetery. There will be no calling hours.
To order memorial trees or send flowers to the family in memory of Glenn Edward "G-Man" Lickvar Sr., please visit our flower store.