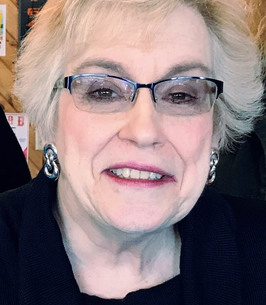 Janet E. Lyons, 74, of Cicero, passed away Tuesday, March 16th at home. Born in Rhinebeck, NY and raised in Lexington, Kentucky, Janet was a 1965 graduate of Lafayette High School in Lexington. She attended Asbury University in Wilmore, KY.

Janet formerly worked at the Nestle plant in Fulton where she met her late husband, John. She attended North Central Assembly of God Church in North Syracuse for many years where she was involved with the Women’s Bible Study and coordinated their nursery for several years. Janet loved taking care of her grandchildren and was a Hallmark Channel and QVC fan. She was an avid cat lover for her whole life including Abby and Luka.

Janet was born to the late Roger and Rubilee (Peacock) Eastman and was raised by Uldine (Lutes) Eastman when Rubilee passed. She was also predeceased by a sister, Carol McSorley.

Donations in her memory may be made to the Joslin Diabetes Center, 3229 E Genesee St, Syracuse, NY 13214.

Friends may call Monday from 1:00 - 3:00 PM at North Central Church, 7463 Buckley Road, North Syracuse with a Funeral Service following at 3:00 PM. Spring burial will be in Riverside Cemetery, Oswego.

To order memorial trees or send flowers to the family in memory of Janet E. Lyons, please visit our flower store.