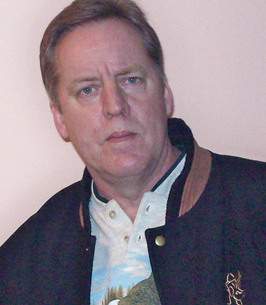 Scott F. MacDonald, 66, of Fulton, passed away Thursday, July 23, 2020 at Francis House in Syracuse. Raised in Mattydale, Scott was a graduate of North Syracuse High School. He received a degree in Radiology through Kodak and resided in Fulton for the past 20 years.

Scott worked as a pipe fitter for several years for Automatic Sprinkler Company in Syracuse. He previously worked in the Radiology Department at St. Joseph’s Hospital. Scott was an avid fisherman and hunter and a former member of St. Margaret’s Church in Mattydale.

He was predeceased by his parents, Daniel and Florence (Wilson) MacDonald, and by his longtime companion, Helen Stacy in 2016.

Scott is survived by four brothers, Daniel of Mexico, Richard of Tennessee, Robert of New Jersey, and Rand of Mattydale, and by many nieces and nephews.

All Services were held privately at the convenience of the family.

To order memorial trees or send flowers to the family in memory of Scott F. MacDonald, please visit our flower store.