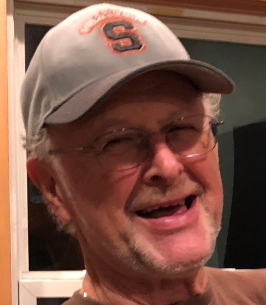 Richard “Dick” Marsh, 77, of Syracuse, passed away Tuesday, May 10th at Upstate University Hospital. Dick grew up in Linesville, PA, where he graduated high school with the class of 1962. He received his associate degree in Business from Erie Business School. Dick served in the US Air Force during the Vietnam War.

He retired in 2004 after over 35 years as a computer operator for Crouse Hinds Corp. Dick also worked as the maintenance engineer for several churches including Holy Trinity for over 45 years. His dedication and work ethic were unmatched, and his abilities were endless. His favorite pastime was playing with his grandchildren, spending time with his family and walking his dog. Dick was a communicant of St. John The Baptist Holy Trinity Church in Syracuse.

He was predeceased by his parents, Paul and Frieda Marsh, and by his brother, Charles “Chuck” Marsh.

Contributions in Dick’s memory may be made to the All Faiths Food Pantry, 406 Court St., Syracuse, NY 13208.

Friends may call Saturday from 9:30 - 10:30 AM at Krueger Funeral Home, 2619 Brewerton Road, Mattydale. Funeral Services will begin at 10:30 am at the funeral home followed by entombment in Woodlawn Mausoleum, Syracuse.

To order memorial trees or send flowers to the family in memory of Richard "Dick" Marsh, please visit our flower store.