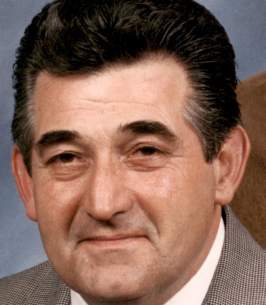 Frank J. Mazzye, 79, resident of Lyncourt, passed away Saturday, March 26th, 2022, with his family by his side. Frank was born on the North side of Syracuse to the late Joseph and Hazel (Provo) Mazzye. He served in the US Navy during the 1960's aboard the USS Fremont. Following his service, Frank owned and operated Frank's Barber Shop on Court Street for 5 years. He spent over 30 years as a truck driver retiring in 2000 from ABF Freight formerly Carolina Freight. Frank was an F&AM 32nd degree of the Fayetteville Masonic Lodge #950 and a member of the Scottish Rite of Freemasonry. He was a Past Potentate of the Tigris Shrine and the Past Director of the Royal Order of Jesters Syracuse Court #79. Frank was a life member of the American Legion Post #1 in Albany as well as a life member of the Harley Owners Group. He was the Past Chief and Past Fire Commissioner of the Lyncourt Volunteer Fire Department and attended St. Daniel's Church.

Frank was predeceased by his wife of 40 years, Marguerite "Marge" Mazzye, in 2011 and two sisters, Rosemary Bersani and Patricia Lando.

He is survived by his partner, Bethany Warner of Lakeport; five children: Mark (Laurie Brown) Mazzye of Brooklyn, Timothy (Karen) Mazzye of Lyncourt, Marian (Robert) Hayden of Lyncourt, Stacey (Robert) Revette of Baldwinsville, and Rose (Frank) DeFrancesco of Cicero; a sister, Tillie Recchie of Deland, FL; many grandchildren and great grandchildren; and several nieces and nephews.

Contributions in Frank's memory may be made to the Shriners Transportation Fund, 1121 Milton Ave., Suite 1, Syracuse, NY 13204 or to a charity of your choice.

Friends may call on Wednesday from 4:00 -7:00 pm at Krueger Funeral Home, 2619 Brewerton Rd., Mattydale. A Prayer service will begin on Thursday, 9:30 am, at the funeral home with a 10:00 am Funeral Service at St. Daniel's Church, 3004 Court St., Syracuse, following. Burial will be in Assumption Cemetery.


To order memorial trees or send flowers to the family in memory of Frank J. Mazzye, please visit our flower store.