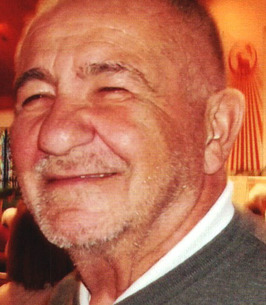 Richard “Dick” Milazzo went home to be with his Lord. He was born in Syracuse on December 26, 1931 to the late Angelo and Rose (Renetta) Milazzo. Dick grew up on the “West end” of Syracuse. He graduated from Blodgett – Vocational High School. While at school he was a gifted athlete, playing baseball, softball, basketball, and football. He also boxed. He was a member of the Radio and Drama Clubs. He taught himself to play the piano.

He started his working life at Onondaga Pottery. He then worked at Solvay Process in the summers in order to play on the company’s baseball team. He then got into the construction business, first as a painter then a tile setter. He actually did the tile work during the construction of St. Margaret’s School. After years in construction, he became the manager at B & A Tile. He retired from Best Tile in December of 2020 after 49 years of loyal service.

He continued his athletic pursuits as an adult playing baseball and softball well into his fifties. He was also on many different bowling leagues, was a golfer, as well as a Little League coach for many years.

Dick married his beloved wife, the former Fanny Scirrino in 1962. They were married 43 years before her passing in 2005. They settled in the Syracuse area where they raised their family with unconditional love and gentle guidance. They enjoyed many weekends with the family at a camp at Stony Knolls along with his sister and brother-in-law, Gen and Gene Rector and his brother and sister-in-law, Charles and Antoinette Milazzo. They had many happy times with camp friends.

Dick was a man of unwavering faith all his life. He was the sacristan, usher, and adult server at St. Margaret’s Church for the last 40 years. He has been a communicant of St. Margaret’s for 58 years.

He was an avid car enthusiast, especially Cadillacs and Corvettes. He enjoyed all sports on TV; men’s, women’s and children’s. He always cheered on all the S.U. teams. He enjoyed watching westerns and anything his “girlfriend,” Doris Day was in. He really enjoyed his music loudly, especially Jazz and Percussion and attended the Jazz Fest each year. He enjoyed the productions at the Merry-Go-Round Theater and went to see many local high school productions.


To order memorial trees or send flowers to the family in memory of Richard "Dick" Milazzo, please visit our flower store.