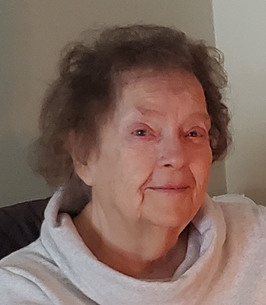 Roberta C. Molchanoff, 80, of formerly of Malden Rd., Mattydale passed away Sunday at Crouse Hospital following a short illness. Roberta grew up and resided in Mattydale most of her life before moving to Maloney Manor in North Syracuse in 2015.

She retired in 1998 after several years as a tuner at Eagle Comtronics in Liverpool. Roberta was a former member of the auxiliaries of the Hinsdale Volunteer Fire Department and the American Legion Post 1832 in Mattydale. She was also a member of the North Syracuse Seniors. She enjoyed playing bingo, especially at the Turning Stone as well as camping with her grandchildren.

Roberta was predeceased in death by her husband of 37 years, Joe in 1998, her son, Joey in 1993, a sister Jeanne Scheurer in 1968, and her mother, Loretta Scheurer in 2011 She is survived by her daughter: Brenda (Chuck Johnson) White of Mexico; three grandchildren: Raymond (Shana Faulstick) White of Pennellville, Brandon Mullin and Shaun (Kaylee Gates) Mullin all of Central Square; her sister: Debbie (Mike) Krisher of Central Square and her brother: Bill (Cathy) Scheuer of Hastings; her nieces, several nephews, and her loyal companion, Buttercup.

Contributions may be made in Roberta’s name to the North Area Meals on Wheels, 413 Church St. North Syracuse, NY 13212.

Friends may call from 3-6 pm Thursday at the funeral home 2619 Brewerton Rd. Mattydale. Funeral services will be 6 pm Thursday at the Krueger Funeral Home with a repass to follow at 7 pm at the VFW Maxwell Post in North Syracuse. Burial will be in Onondaga Valley Cemetery.

To order memorial trees or send flowers to the family in memory of Roberta C Molchanoff (Scheuer), please visit our flower store.