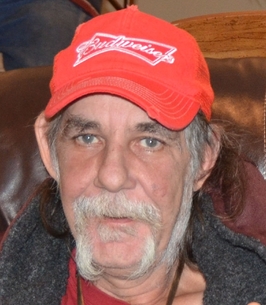 Daryl S. Neave, 63, of East Genesee St. Syracuse, passed away Thursday at University Hospital. Born in Janesville WI, Daryl grew up in various cities around the US due to his father’s employment before settleing in Brewerton in 1970. A short while after graduating from Paul V. Moore High School in Central Square, he moved to Syracuse where he has resided for most of his adult life.
Daryl was an avid Green Bay Packers Fan and enjoyed fishing, especially on Onieda Lake with a Pepsi close at hand. He was also very nostalgic about anything from the 1970’s including his love for “Bruce Lee” films.
He was predeceased by his parents Richard and Betty Neave as well as his brother Dan Neave in 2016.
Daryl is survived by his nephews and neices Matthew (Melinda) Neave; of Lee Center, Nicholle Neave; of Liverpool, Brian (Jolene) Neave; of Mattydale, Cassie (Brian) Ross; of Liverpool, a sister-in-law April Neave; of Brewerton and several great neices and nephews.
In lieu of Flowers contributions may be made in Daryl’s name to the Brain & Behavior Reaseach foundation at HTTP://bbrfoundation.donordrive.com/campaign/DarylNeave
Friends may call on Thursday from 4:00 - 7:00 pm followed by a funeral service at the Krueger Funeral Home, 2619 Brewerton Rd., Mattydale.

To order memorial trees or send flowers to the family in memory of Daryl S. Neave, please visit our flower store.