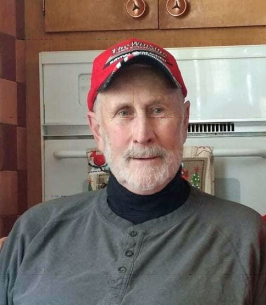 William “Bill” E. Nolan, 76, of Fabius, passed away Thursday, February 4, 2021 at Crouse Hospital. Born in Indiana, Bill grew up and resided most of his life in the Fabius-Pompey area. He was a 1962 graduate of Fabius Pompey High School and served in the U.S. Air Force during the Vietnam War.

Bill was a car salesman throughout the 1970’s for Holiday Ford, NYE Ford, Burdick GMC, and Koerner Ford. He then became a sales rep and repairman for Stanley Bostich air tools division and worked as an usher for over 25 years for the Syracuse Chiefs Baseball, the Syracuse Crunch Hockey leagues as well as the Grandstand at the NYS Fair. Bill was a former member of the Seneca River Fire Department who enjoyed playing cards and pitch with his various friends. He was also an avid softball player.

Bill was predeceased by his father, Edward J. Nolan and his mother and stepfather, Dorothy and Charles Rowe.

Contributions in Bill’s memory may be made to the Fabius Pompey School District, 1211 Mill St., Fabius, New York 13063 and note in the memo line: Athletic Dept or to the Vietnam Veterans Fund at https://donate.vvmf.org/page/contribute/vvmf-support

Friends may call on Tuesday, June 1, 2021 from 4:00 -7:00 pm at Krueger Funeral Home, 2619 Brewerton Rd., Mattydale. Funeral Services will begin on Wednesday, June 2nd at 9:30 am at the funeral home with burial in Veteran’s Memorial Cemetery, Syracuse following.


To order memorial trees or send flowers to the family in memory of William E. "Bill" Nolan, please visit our flower store.