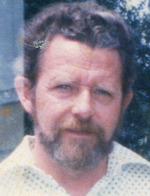 James "Jim" A. O'Reilly, 85, of Mattydale, died Wednesday, September 21, 2016 at St. Joseph's Hospital. Jim was born in Syracuse, NY on March 7, 1931 to the late Christopher and Clara (Nunan) O'Reilly. He was a graduate of North Syracuse High Class of 1948 and later attended LeMoyne College. Jim resided in Pitcher Hill and Mattydale for his whole life.

He served for four years and two tours of duty in Korea and Japan for the US Marine Corps. Jim was employed by NYS Thruway Authority for 35 years until his retirement in 1994. He has led an active life and enjoyed traveling and sports. Recently, Jim's main interests have been reading and following the Yankees, and S.U. basketball.

In addition to his parents, Jim was predeceased by his sisters: Ann Marie (John) Spangler and Helen (Frank) Porillo.

Jim is survived by his wife of 56 years, the former Nanette (Brown) O'Reilly; a son, Christopher (Tami) O'Reilly; his two grandsons, James and Jason O'Reilly; a sister, Christine (Donald) Langenmayr; as well as numerous nieces and nephews.

Jim and Nan welcomed many young people into their lives and of special note he would like to recognize with thanks for enrichment of his life by their presence: Bobby Brooks, Carmen, Carlos and Christian Cosentino.

Friends may call on Monday from 4-7 pm at Krueger Funeral Home, 2619 Brewerton Rd., Mattydale, with a Service following at 7:00 pm. Private burial will be in North Syracuse Cemetery.
To order memorial trees or send flowers to the family in memory of James O'Reilly, please visit our flower store.