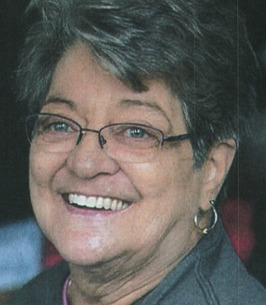 Georgia M. (Sauve') Owens, 71, of Bridgeport, died Sunday, March 3, 2019 at St. Joseph’s Hospital. Georgia was a native of the West side of Syracuse where she graduated from St. Anthony of Padua's in 1965. She was the daughter of the late George A. and Beverly (Lewis) Sauve'.

Georgia attended O.C.C. and Syracuse University graduating with an Associate's Degree in Business. She retired in 1986 after 13 years as a receivable analyst for General Electric Medical Systems Division. Georgia was a former member and an EMT for the Bridgeport Volunteer Fire Dept. and of the Ladies auxiliary of the Hinsdale Volunteer Fire Dept. She has always been an animal rescue advocate working with many area rescues and veterinarians to keep pets safe. Georgia was a former communicant of St. Margaret's Church in Mattydale and a member of St. Francis of Assisi Church in Bridgeport. She was a member of St. Francis of Assisi's Altar Rosary Society and a member of their Pastoral council.

She was predeceased by her husband, Bernard "Mike" Owens in 1986.

To order memorial trees or send flowers to the family in memory of Georgia M. Owens, please visit our flower store.

A Mass of Christian Burial will be held at St. Francis Church in Bridgeport on Thursday, March 14th at 11:00 am.